Naming world’s most modern corvette for the Israeli Navy

Press
ATLAS ELEKTRONIK Group
On May 23, 2019, the world’s most modern corvette was named INS Magen at a ceremony in Kiel. This marks another important milestone in the ongoing program of thyssenkrupp Marine Systems as General Contractor to build four next-generation SA’AR-6 class missile corvettes for the Israeli Navy. The ship was named by Mrs. Eti Sharvit, wife of Vice Admiral Eli Sharvit, Chief of the Israeli Navy, in presence of high-level representatives from the Israeli Government and Navy as well as high-ranking German Navy officials.

Dr. Rolf Wirtz, CEO of thyssenkrupp Marine Systems: “We are very proud to be contributing to Israel’s security. The corvettes are the most advanced and most sizeable vessels that ever served in the Israeli Navy. With the final fitting out being conducted by Israeli industry, the ships will also largely contribute to the country’s economy.”

The ships have the stealthy design of a low-signature missile corvette with tailor-made solutions and numerous new technologies on board. The contract for the delivery of four SA’AR 6 corvettes was signed in May 2015. After the design phase, the construction phase started with the steel cutting ceremony of the first-of-class in February 2018. Only 15 months after the first steel cut, the ship was undocked, fulfilling its very ambitious schedule. The INS Magen is planned to be delivered in spring 2020 after completion of construction and testing. The other three ships will follow subsequently in intervals of a few months.

This program proofs once more: The project partners thyssenkrupp Marine Systems and German Naval Yards Kiel implement complex ship building programs not only with the highest quality, but also within highly ambitious schedules. 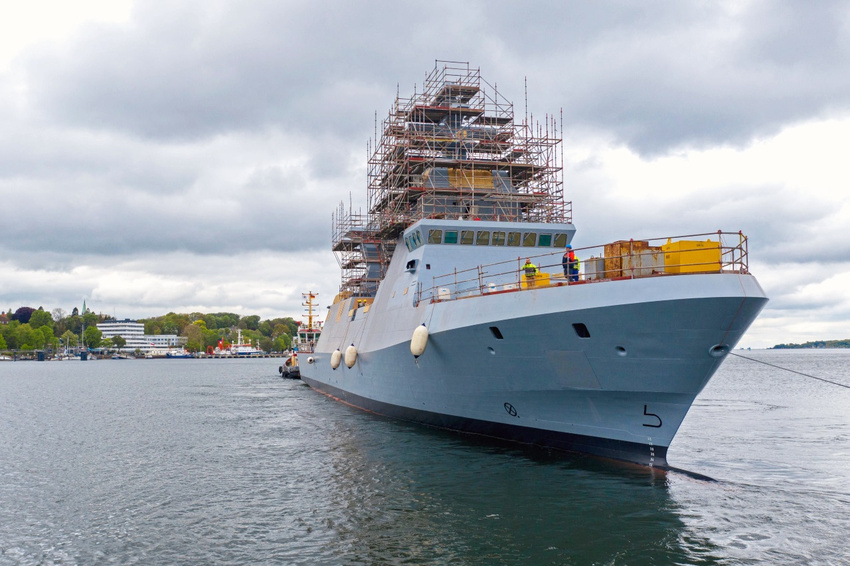